When COVID-19 began working its way into the U.S., it exposed great holes in the public health infrastructure. Week after week, some new shortage — from ventilators to testing reagents — came to light. Heated discussions ensued between states and the federal government over who had procurement responsibilities and where the money was coming from for supplies. Those discussions — and shortages — continue.

“The country was caught flat-footed by COVID-19,” says John Finnegan, School of Public Health (SPH) dean. “Our public-health infrastructure was utterly inadequate to the task of preparing for and managing the outbreaks. It shouldn’t be a surprise that the United States has the most COVID-19 deaths of any country on the planet.”

Hampering efforts to manage the pandemic is the fundamental issue that public health has never been well nor sustainably funded.

The U.S. has historically relied on a default strategy for public health funding that has been described as neglect, panic, repeat. We react to a crisis, throw money at it, and then neglect it again after the immediate emergency passes. Following 9/11, the federal government invested in public health preparedness, increasing funding for workforce training and technology support. But by the end of the decade, that funding had been slashed and has not recovered.

In the months before the pandemic began, the U.S. federal government released its annual estimates for how much the nation spends on health — out of the $3.6 trillion dedicated to health spending, an estimated $93 billion is allocated to governmental public health at the federal, state, and local levels. But a recent study from SPH researcher JP Leider reveals that these federal estimates overestimate public health spending by as much as two-thirds. Actual public health spending is only $36 to $54 billion per year. On a per person basis, that’s about $286 spent on public health per year. In comparison, the government spends $10,739 per person on medical care — more than twice that of any other wealthy developed nation.

The impact of neglecting public health funding has been devastating. Nearly 55,000 governmental public health employees lost their jobs following the 2008 recession. Many front-line workers, such as contact tracers, laboratory technicians, epidemiologists, and staff in state and city hospitals, were never replaced. Critical core programs providing vaccinations, testing for sexually transmitted infections, and other services were trimmed or eliminated.

The pandemic is exposing systemic problems in health equity, healthcare and insurance, and public health resources. Along with mounting deaths and financial and societal woes caused by the pandemic, a major threat to public health finally came out of the shadows in 2020, this one centuries old: structural racism.

When it comes to rebuilding our federal and state public health infrastructure and securing the funds to do that, these combined threats could be what former head of Medicare and Medicaid Andy Slavitt called “triggering events” in a December 2019 talk at the SPH 75th anniversary gala.

Describing an imaginary 2024 scenario when public health is lobbying for $100 billion — just 1%of the current corporate tax rate — of a $1 trillion stimulus package, Slavitt talked about what’s essential to make a case for those funds.

“You need a vision, you need a constituency, and you need the ability — politically — to use a triggering event to drive public consciousness and to get the country to focus on those investments,” he said. In 2019, Slavitt’s list of possible triggering events included the opioid crisis, the insulin crisis, and the maternal mortality crisis. Today, we undoubtedly have COVID-19 and structural racism.

The Trust for America’s Health reports a $4.5 billion gap between current funding and what is needed to build a strong public health infrastructure nationwide. While money is crucial for building that infrastructure, so is creative thinking about what our country needs for a 2020 world and beyond. What will it take to really identify and address the many complex issues influencing the public’s health? One of Slavitt’s suggestions is to persuade every company in the medical “industrial complex” to hire, within the next 10 years or fewer, a chief public health officer, a chief anti-poverty officer, and a chief anti-hunger officer.

“Acute health care contributes maybe 10-15% to overall health,” Berke says. “Factors such as environment, health behaviors, genetics, and others contribute the rest. We should have reimbursement models, population models, or risk-based models looking at both traditional public health resources and acute health care resources. Public health programs may do a better job of generating behaviors and opportunities for people to have stable lives and maintain a healthy lifestyle.”

Public health is largely responsible for many of the great health advances of the last 100 years, but for the most part, public health success goes unrecognized — you don’t see the smallpox you didn’t get — and it’s why public health is called “our invisible guardian.” But it’s crucial to call out where public health has made and continues to make a difference, such as the HIV/AIDS trials designed and run by public health biostaticians that fundamentally changed the way HIV is treated around the world; how public health efforts got naloxone in the hands of more people to prevent drug overdose deaths; and that the headlines exposing racial bias in health care are the result of public health research.

SPH finances its mission through four principle sources: sponsored grants and contracts along with their internal cost recovery funds (see below for explanation); tuition; a combination of state funding and revenue from some centers and programs; and giving from foundations, individuals, and other sources. Peers of SPH — top public health schools at public research universities — have similar sources of revenue support.

The school’s largest funding stream — sponsored grants and contracts — supports 60-70% of the SPH budget (“sponsored” means an outside source financially supports the research) and depends on the ebb and flow of government spending. The vast majority of sponsored grants come from the National Institutes of Health (NIH), with the Centers for Disease Control and other resources contributing. SPH is ranked sixth among peer schools in NIH funding.

But extramural research revenues could shrink in coming years.

“The market for NIH funding is very tight,” says SPH Dean John Finnegan. “A growing number of universities and schools of public health are competing for research grants. NIH’s budget for extramural research has expanded, but not enough to compensate for the larger number of players. It’s becoming harder for investigators to win NIH grants — especially early-career researchers.”

“Our tuition revenues have continued to increase as a percentage of our total budget, but that change is generally not driven by added tuition dollars for individual students,” says SPH Chief Administrative Officer/Chief Finance Officer Joe Weisenburger. “Instead, it’s driven more by our growing number of students and from students outside the school taking our courses.”

The remaining money from state funding, revenue from centers and programs, and philanthropy — a total of about 5-20% of the school’s budget — is ever changing. State funding across the country is particularly capricious and public research universities that educate and train public health professionals are bracing for potential multi-year reductions in state appropriations.

“Due to projected state deficits, FY 2022 and FY 2023 could be crucial years for university funding and deeper cuts in higher education,” Weisenburger says.

The School of Public Health has steered through fiscal shocks in the past, but nothing as major as the current situation. In its favor, Weisenburger says, is that SPH has a balanced portfolio of revenue. “Just as an individual would balance an investment portfolio to reduce risk, our budget is not dependent on just one or two revenue streams,” he says.

It’s uncertain what the coming year will look like for the University of Minnesota and other higher education schools across the country. Nearly every one, public or private, is facing major challenges due to COVID-19. One bright spot on the horizon is that schools of public health are seeing an uptick in enrollment as the pandemic and the health inequities exposed by COVID-19 are showing the critical value of the field. 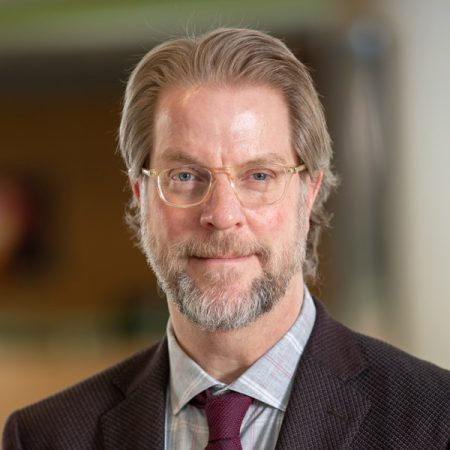 Interim Dean Tim Beebe previews the contents of the Advances Fall 2022 issue and acknowledges that during the past year, the U.S. took meaningful steps to recover from the COVID-19 pandemic and to confront its inherent racism.
Read More 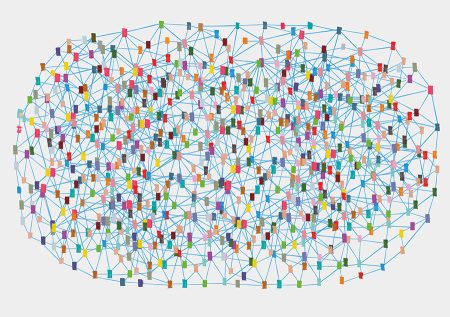 Data are accumulating at a faster rate every second and using them wisely to advance health means making sure they are unbiased, clean, organized, and privacy protected.
Read More 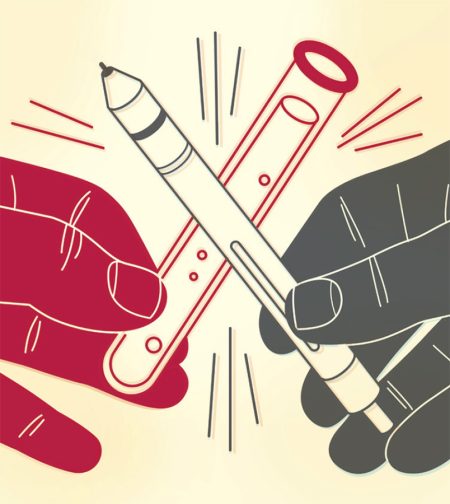 The Politics of Public Health

Polarized political landscapes sideline public health policies on issues from sugary drinks to vaccines to reproductive health, so how do we find our way out of that entanglement?
Read More